The Water Cycle and Society

The Way of the Water
We drink the same water as the dinosaurs drank, and that future generations will drink. The earth’s water is never used up. It is consumed and returned to an eternal cycle.
Our drinking water is collected from catchments. It is then purified in water treatment plants and delivered as drinking water through water distribution systems all the way to our taps. Used drinking water then goes down the drain through the sewage system to the wastewater treatment plant. It is purified in multiple steps before returning back to nature.
Water challenges
Here in the Nordics, we have access to a lot of water. That does not, however, mean that clean water should be taken for granted. Some of the water-related challenges we face are:

• Climate change is expected to lead to more intense rainfall, an increased risk of floods, and pollution of the catchment areas used for obtaining drinking water.

• Groundwater is at risk of becoming polluted or overexploited in many places.

Sewage
A functioning sewage system is fundamental to our health and environment. Its job is to transport and purify wastewater in an efficient, environmental, and sanitary way. In the Nordics, we have thousands of wastewater treatment plants to handle wastewater, and thousands of miles of sewer pipes.

Drinking water
Cold drinking water is our most regulated product. We have access to it around the clock, directly through our faucets. There is approximately 326 million trillion gallons of water on earth, but only a small part of it is usable as drinking water. The average Swede uses 37 gallons* of water per person per day, and the use is roughly distributed like this:

*The number is based on Swedish water meter data. 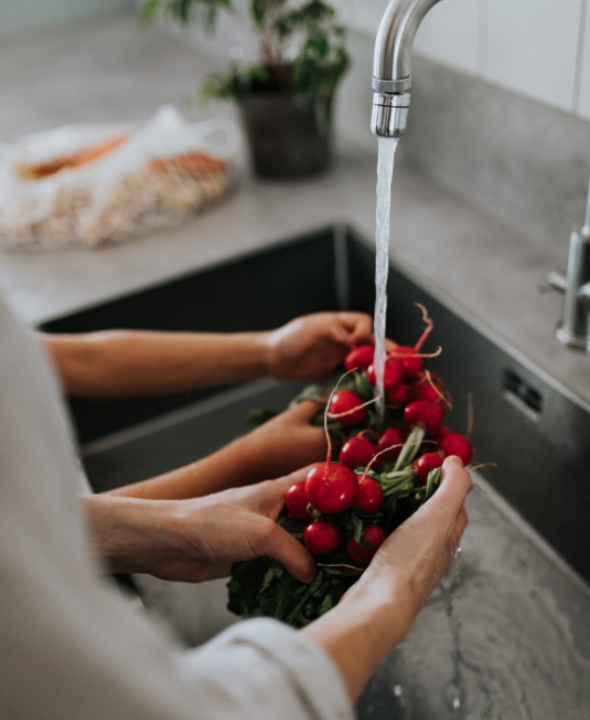