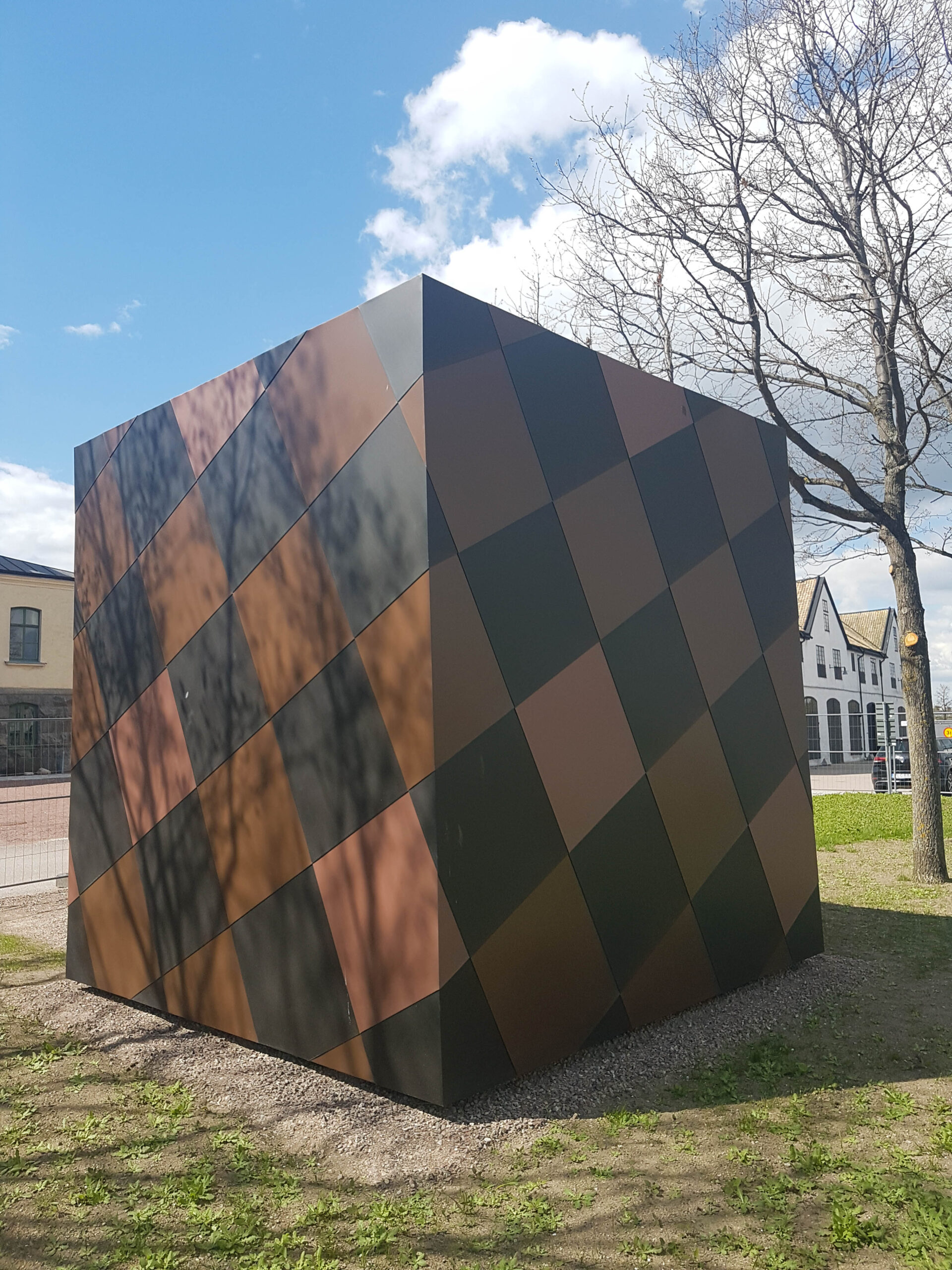 On the island of Stumholmen in Karlskrona lies the Naval Museum, one of the major attractions in the area. In 1993, Stumholmen became part of the civilian city after having been a closed naval base for over 300 years. Around the Naval Museum, the marine history lives on in the shape of buildings and historical ships that once belonged to the navy. Since the spring of 2021, there’s also a uniquely shaped pumping station here, designed to fit in with the surroundings and constructed by the Uniwater companies Norvatek and ASB.

Norvatek and ASB in cooperation.
The pumping station went through its final inspection at the end of May, and was employed right before the summer season.

– The station replaced an old solution that became too small as construction increased in Stumholmen. This includes the armed forces’ old buildings, that have been turned into apartments. The water and wastewater solutions simply needed to accommodate that change, says Petra Granflo, sales representative for Norvatek.

Norvatek were assigned to deliver the pumping station by Karlskrona Municipality, and carried out the work in cooperation with fellow subsidiary ASB.

– We at Norvatek specialize in pumping stations, and ASB are experts in electricity and automating. The division of responsibility is therefore clear. How the installation and programming looks varies between municipalities. ASB has considerable knowledge and experience concerning these types of requests, says Petra.
The companies have had a close dialogue throughout the process to ensure that everything is done right.

– This is a pumping station for wastewater, a so called VÖ2. We name them after where the vents are placed, and the two indicates the number of pumps. This installation in particular is pretty standardized except for the covering and the roof dewatering, which is completely concealed, says Petra.

The Norvatek pump houses’ superstructures are usually delivered with a classic red wooden façade and a gabled roof, but there are endless customization possibilities. The idea is that every pumping station should blend in with its surroundings wherever it’s placed. Customized solutions are most common in urban environments with a straightforward architectural character, like the one by the museum, which is an architectural masterpiece in its own right.
– We’ve built many amazing pumping stations over the years, including one shaped like a South Swedish traditional skånelänga with an Öland limestone veneer, and one constructed like an arch that was going to be covered with greenery to shelter a root cellar, says Petra.

LewisJonsson Arkitektkontor in Karlskrona designed the exterior of the pumping station by the Naval Museum.

– The pumping station is made out of concrete and has a low slope roof. Since the plates aren’t suited to be in contact with concrete, we’ve made a built-in air gap of about 10 centimeters around the building.

The plates were assembled on site by a sheet metal worker. It’s a beautiful piece of craftsmanship, she says.

The process of obtaining a building permit was a challenge. – There was some back-and-forth concerning the designs because of its special form. The veneer plates were chosen to blend in with the environment and to capture the nuances of a nearby submarine that’s part of the museum’s exhibition. We were also faced with a challenge when the municipality requested treatment of the plates in order to make them graffiti resistant. We needed something that could withstand near-coastal weather and winds without changing the look of the plates. Some of the options made the plates either too matte or too shiny. Eventually, we got it just right.